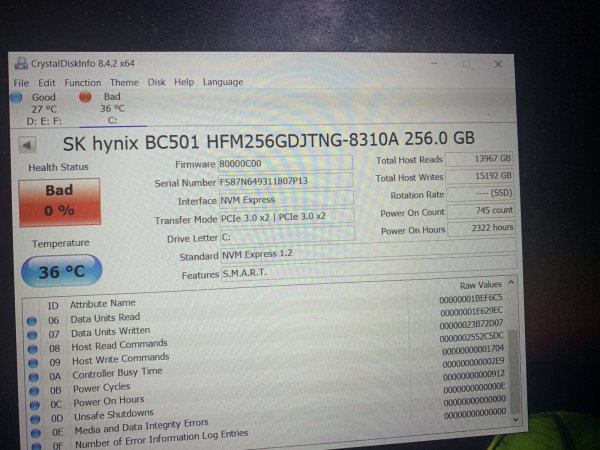 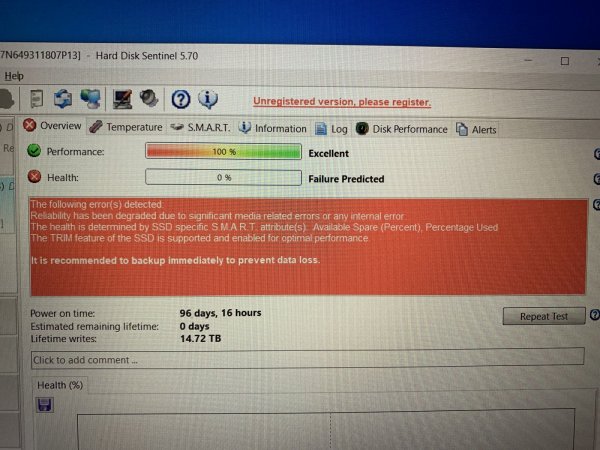 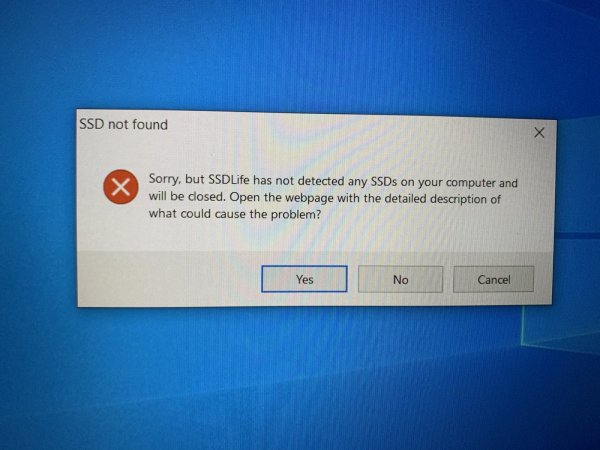 What does “No SSDs found” mean?​

When you start SSDLife on some computer, you can get the message "No SSDs found" and the program will be closed. What does it mean?
This message informs you that SSDLife failed to find any SSDs on your computer.


Why does it happen?​

There can be several causes, let's take them in detail.

This problem often occurs on some netbooks. Manufacturers are sometimes a bit insincere and write that their netbook is equipped with an SSD while it is actually equipped not with a real SATA SSD, but only with flash memory, something like an improved flash drive. This simplified drives have no built-in S.M.A.R.T. system and send no data about their technical condition so it is impossible to control their health.

If you use a RAID array to increase performance or reliability (a RAID0 array is most often used), it is impossible to control SSDs in such an array in most cases. This is because RAID drivers forbid access to separate drives in the array and SSDLife cannot get any information about the drives. This problem also occurs in Sony Vaio Z laptops because SSDs use RAID there by default so it is impossible to control them.


3. Your SATA controller drivers do not support S.M.A.R.T.​

It is similar to the previous problem in a way, except that it occurs even if you do not use RAID. Unfortunately, some manufacturers of SATA controllers do not implement S.M.A.R.T. support in their drivers so it is impossible to access SSD diagnostic data. For example, nVidia nForce chipsets were once notorious for that.

Unfortunately, it is nearly impossible to do anything in cases 1-2. You can hardly name the advice not to use RAID reasonable As an option, you can use a software-based RAID built into Windows – it is possible to get information about SSDs in this case. In the third case, you can try to install drivers not from the manufacturer, but from Microsoft – it may help. You can find how to do it on this page.
R